﻿All About Traditional Wedding Vows

The words that many of us are familiar with that start off a traditional wedding ceremony, being, “”Dearly beloved, we are gathered together here in the sight of God, and in the face of this congregation, to join together this Man and this Woman in holy matrimony” can be found in the Anglican Book of Common Prayer. This source of very traditional wedding vows dates back to 1662.

Some of the words spoken on a couple’s wedding day are very similar to the Christian wedding ceremony from the Medieval Period. The portion of the ceremony where the couple answers what is known as the “Question of Intention” falls within this category.

The Question of Intention is the portion of the ceremony where each person (the groom being asked first) is asked whether they take the other to be his or her lawful wedded husband or wife. The Question continues with each party to the marriage being asked whether they promise to love, comfort, honor, and keep the other for better or worse, for richer or poorer, in sickness and in health.

This is also the part of the ceremony where the couple are asked whether they will be faithful to each other so long as they both shall live. The traditional response is to say “I do”. The couple is then pronounced husband and wife.

The Question of “Obey”

This is now considered out of date by many people and so in most traditional wedding ceremonies, both the bride and groom make the same vows to each other, and the notion of the bride “obeying” her husband is abandoned.

One notable exception to this tradition was the Duchess of York. When Sarah Ferguson married Britain’s Prince Andrew, she chose to promise to obey her husband. This part of the marriage ceremony would seem to be part of an older tradition in which the husband became the new owner of any property or valuables owned by the bride before her marriage. He would also have sole custody of any children they would have in the event that the marriage broke down in the future.

In a civil wedding ceremony, the vows are similar but instead of being asked questions, each person makes statements for themselves. Each person promises to love and care for the other so long as they both shall live.

This guide will teach you the basics of buying a live-aboard boat on a shoestring budget and importantly, what the lifestyle entai[...]
Read More
⇛ view similar products
Own A Live Aboard Boat Today

This guide will teach you the basics of buying a live-aboard boat on a shoestring budget and importantly, what the lifestyle entai[...]
Read More
⇛ view similar products
Manifestation Miracle - Live Your Dream 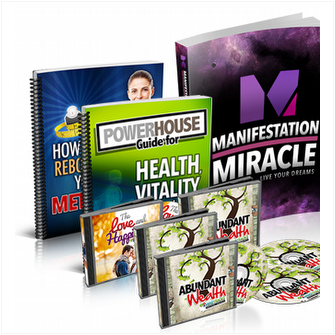 This will FORCE the universe to give you the life of your dreams - money, happiness, success, and more... Follow this link to di[...]
Read More
⇛ view similar products
Fix Dog Behavior Problems